The Melbourne Stars will seek to rebound after losing their BBL 11 opener to the Sydney Sixers. The major news, though, is that Andre Russel and Qais Ahmad will make their Stars debuts. Nathan Coulter-Nile, in addition to Andre Russel and Qais Ahmad, has returned to the squad. The addition of Coulter-Nile to the squad will undoubtedly improve the team’s bowling capabilities. Other key players on this team include Glenn Maxwell and Adam Zampa.

Sydney Thunder had a fantastic triumph in their last game and would like to keep it up. Alex Hales was the leading run-scorer last season, and all eyes will be on him this year. In the last game, Sam Billings and Alex Ross batted well, while Daniel Sams and Ben Cutting were the leading all-rounders. Chris Green and Tanveer Sangha will handle the spin, while Sandhu and McAndrew will lead the speed attack.

Avail of this Deposit offer on Prime Captain Fantasy Sports App, and Get Exciting Rewards. 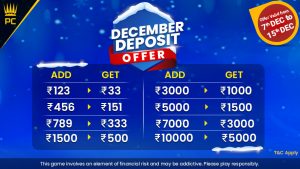 Because the track hasn’t historically been a high-scoring one, batters will need to show off their skills to make runs on this surface. The ground’s dimensions are on the larger side, thus a spinner would be useful in the middle overs. The captain who wins the toss must choose to bowl first, as pacers may receive some help in the early stages of the game.

During the game, Melbourne will be partly cloudy with a high of 18 degrees.