India’s next game at the 2022 Asia Cup will be against Afghanistan. The IND vs AFG game is scheduled for September 8. (Thursday). The match will take place in the UAE at the Dubai International Cricket Stadium. Rohit Sharma is India’s captain for the 2022 Asia Cup.

Mohammad Nabi is the tournament captain for Afghanistan. India lost to Pakistan and Sri Lanka in the first two games of the super four round, each by a margin of five and six wickets, respectively. India will face Afghanistan in their final Super Four round game. Here, we take a look at India’s anticipated starting XI for the IND vs AFG match.

On September 8 at the Dubai International Cricket Stadium, Dubai, India will play Afghanistan in the tenth and final game of the 2022 Asia Cup.

This match is set to begin at 7:30 PM IST, and fans can watch the live action on Star Sports Network On the Hotstar app, live streaming will be accessible.

Offers for India vs Afghanistan Match on Prime Captain. 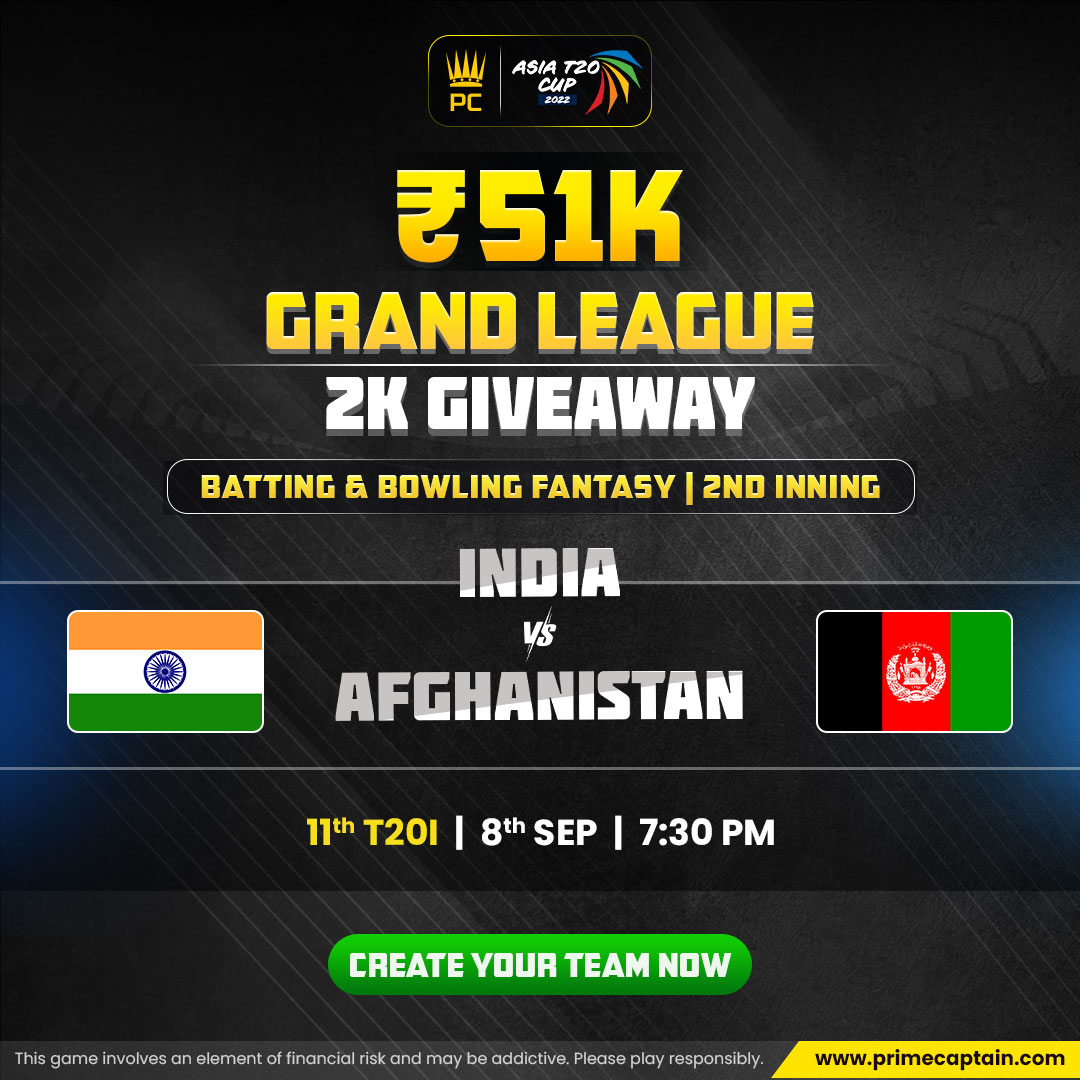 IND vs AFG in the 2022 Asia Cup Tenth Match Strategy:

India and Afghanistan will face off in the fifth Super 4 stage match in Dubai. In this tournament’s Super 4 stage, both teams have only suffered losses.

India recently had a really bad rhythm and dropped two straight games in the Super 4 stage. The main causes of their demise in this situation were their inability to build on the start and their subpar bowling.

In their opening Super 4 match, Afghanistan batted admirably against Sri Lanka but was unable to stop the runs. They ultimately suffered a 4 wicket defeat.

Given the bowling lineups for these two teams, a fantastic match is anticipated.

IND vs AFG in the 2022 Asia Cup Weather Report:

On the day of the game, there will likely be a low of 12°C, 87% humidity, and a wind speed of 19 km/h. Precipitation is not anticipated during the game.

The Dubai Cricket stadium’s deck frequently results in games with scores between 160 and 170, making it difficult for explosive batting. The batsman fully benefits from the short, straight boundaries in Dubai. Here, you can also expect some seam movement and added bounce. On this surface, the spinners have very little support.

Team batting second here has a great record of chasing teams. They have consistently had an 80 percent winning rate on this field.

India’s K. L. Rahul is a right-handed batsman. So far in this tournament, he has scored 70 runs. He will be looking to contribute effectively with the bat in this game.

Right-handed batsman and Indian leg-break bowler Yuzvendra Chahal also bowls with his right arm. He has already claimed four wickets in this tournament, and he can use the ball to great effect once more.

Indian left-handed batsman Arshdeep Singh is also a left-arm medium-fast bowler. In this tournament, he has already taken four wickets. He’ll be a wise choice for the bowling team.

Afghanistan native Mohammad Nabi is a right-handed batsman and right-arm off-break bowler. He has so far in this tournament amassed 9 runs and 3 wickets. He has the ability to play both ball and bat, contributing to the team.

The finalists are confirmed and this is going to be a redemption game for both the sides as they have failed to reach the finals.