The Hobart Hurricanes would have been extremely happy with the start they made with the ball after winning the toss and choosing to field. It was important to get early wickets, but bowling at the very end would have let them down. Joel Paris was the best bowler, picking up 2 wickets while only giving up 15 runs.

The batting started off horribly with a goal of 163 to pursue. They were able to maintain ship stability and would have anticipated pursuing the target halfway. They were outscored by 12 runs as a result of losing wickets at critical moments in the game. The best batsman was Matthew Wade, who scored 45 off 37 balls.

The Sydney Sixers could not have asked for more after choosing to bat first after winning the toss. They started the most crucial and final phase of the tournament by amassing 187 runs for the loss of just two wickets. Steven Smith scored a fantastic hundred, 125 runs off 66 balls, while performing at the pinnacle of his abilities.

The bowling unit made sure that Steven Smith did not get all the attention by bowling out the opponents for 62 runs and winning by 125 runs. They absolutely confounded them and demonstrated the reason they are where they are. In only 3 overs, Steve Okeefe picked up 4 wickets for 10 runs, which was remarkable.

Are you a New Users on Prime Captain????

This First time Deposit offer is for you..! Take the benefits and win money on Prime Captain App. 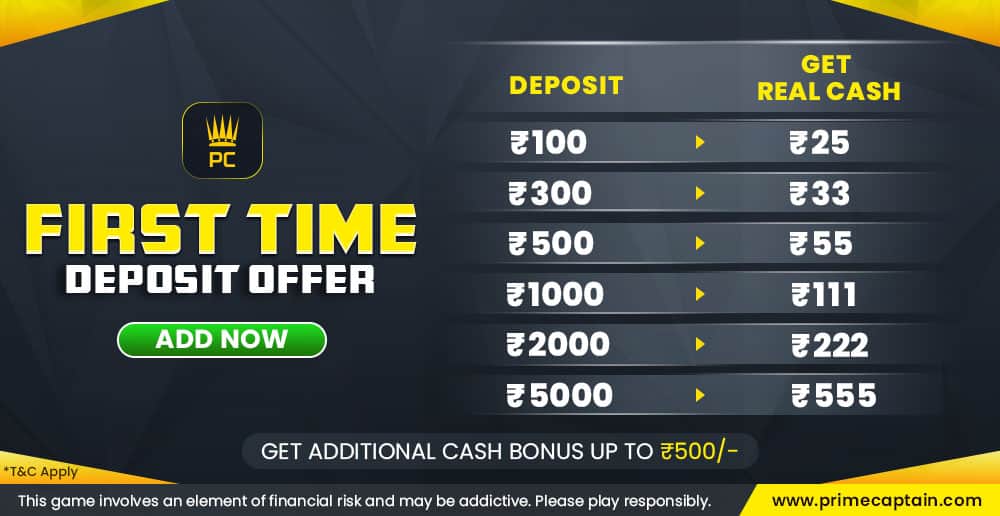 It will be the ideal day to play cricket. Maximum and minimum temperatures will vary from 23°C to 14°C, and the morning will have a 50% probability of precipitation.

Pitch Report:  The captain who wins the toss will want to chase because the surface has been conducive to chasing thus far.

This match will take place at Hobart, Australia’s Bellerive Oval. The stadium can hold 20,000 people.

The team batting first has prevailed in six of the last 12 T20 matches played here, while the side batting second has triumphed in five.

Join on Prime Captain Fantasy Sports App with different contests like, Mega Contest, Head to Head, Winner’s Take all, Giveaway, 0% Commission Contest, etc. So, with all these details, you can make your team of power players. Pick your 11’s and make a team.